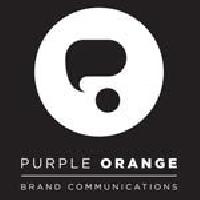 The American Alpine Club (AAC) is pleased to announce the winners of the 2019 Climbing Awards honoring the most impactful climbers and conservationists within the North American climbing community. Among this year’s award honorees are climbing legends Tom Hornbein, Michael Kennedy, and Jim Donini, and present-day activists and trend-setters including Jeremy Jones, Kate Rutherford, and Brette Harrington. The Annual Climbing Awards, presented by The American Alpine Club, are the longest running and most prestigious awards honoring climbing and mountain conservation in North America. The Annual Climbing Awards will be presented at the AAC Annual Dinner Weekend, March 8-10, 2019 in San Francisco. The event’s keynote speaker is Colin Haley, who will speak to the triumphs and tragedies of speed climbing.

Phil Powers, American Alpine Club CEO, said of the 2019 Awards, “The Annual Climbing Awards are unique in that they recognize both lifetime achievements and those who represent the future. Look at the list; from climbers who are changing the climbing landscape right now to icons from our history, we will hear some amazing stories.”

Celebrating some of the greatest mountaineers of Golden Age of American climbing, Jim Donini, Michael Kennedy will receive a prestigious Honorary Membership for their “lasting and highly significant impact on the advancement of the climbing craft,” and Tom Hornbein, famous for the 1963 first ascent of Everest’s infamous West Ridge, will receive the 2019 Heilprin Citation for his lifelong work to “maintain and strengthen the American Alpine Club.”

For the second year in a row, a female climber will receive the The Robert Hicks Bates Award which honors young climbers who show “outstanding promise for future accomplishment.” Brette Harrington, a 26-year-old climber, is perhaps best known for the first free solo of 2,500-ft Chiaro di Luna (5.11a) in Patagonia, but is also an accomplished trad climber with several 5.13+ routes to her name. Past Bates Award winners have included Alex Honnold, Chris Sharma, Tommy Caldwell, Steph Davis, Hayden Kennedy, Colin Haley (the 2019 Keynote speaker), Sasha DiGiulian, and Margo Hayes.

Kate Rutherford is set to receive the Underhill Award in recognition of a fantastic and inspiring climbing career. Rutherford was singled out by the AAC selection committee due to her impressive list of climbing accomplishments worldwide and a number of notable first all-female free ascents, including FreeRider (5.13a) on El Capitan, the Moonlight Buttress (5.12d) in Zion, and the North Pillar of Fitzroy.

Legendary big mountain snowboarder, Jeremy Jones, will be recognized for his conservation leadership to bring attention to climate change as it affects the mountain community. Jones has become an unrelenting champion to fight climate change and share his experiences of receding glaciers and changing mountain landscapes using his podium as an athlete. In 2013 Jones was named National Geographic Adventurer of the Year, and has been called a “Champion of Change” by President Obama.

The American Alpine Club is also pleased to recognize the selflessness and courage of a Polish climbing team who redirected from their first winter ascent of K2 to rescue another team caught at 26,660 ft on Pakistan’s Nanga Parbat. The team, comprised of Dennis Urubko, Adam Bielecki, Jaroslaw Botor, and Piotrek Tomala, climbed through the night in treacherous conditions to rescue a French climber, Elisabeth Revol.

Keynote Speaker:
Colin Haley on the triumphs and tragedies of speed climbing.

Ticket Information:
The 2019 Annual Dinner Weekend is expected to sell out and tickets are limited. For more information and to reserve your spot, visit americanalpineclub.org/annual-benefit-dinner. Registration closes on February 14, or when sold out.

Honorary Membership
For having had a lasting and significant impact on the advancement of climbing.
Recipient: Jim Donini and Michael Kennedy

Heilprin Citation
Recognizing those who have worked to maintain and strengthen the American Alpine Club.
Recipient: Thomas Hornbein, MD

The David A Sowles Award
Recognizing unselfish devotion at personal risk or sacrifice of a major objective, in going to the assistance of fellow climbers imperiled in the mountains.
Recipients: Dennis Urubko, Adam Bielecki, Jaroslaw Botor, and Piotrek Tomala

About The American Alpine Club

The American Alpine Club is a 501(c)(3) charitable organization whose vision is a united community of competent climbers and healthy climbing landscapes. Together with our members, the AAC advocates for American climbers domestically and around the world; provides grants and volunteer opportunities to protect and conserve the places we climb; hosts local and national climbing festivals and events; publishes two of the world’s most sought-after climbing annuals, the American Alpine Journal and Accidents in North American Mountaineering; cares for the world’s leading climbing library and country’s leading mountaineering museum; manages five campgrounds as part of a larger lodging network for climbers; and annually gives ,000+ toward climbing, conservation, and research grants that fund adventurers who travel the world. Learn about additional programs and become a member at americanalpineclub.org.