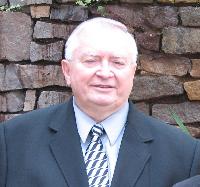 Quote:
Almost every privately insured employee receives an Explanation Of Benefits form from their insurance company. Listed on the form is the amount billed by the provider and the amount the insurance company pays. The unpaid difference is a cancelation of debt. This canceled debt is not taxed. The canceled debt given to the insurance company is 85% of the debt the patient was billed and owed.
The IRS is claiming it has the discretionary authority not to enforce the tax code imposed on the cancelation of debt on the private side of the health care business. The amount of tax revenue lost each year is approximately one and one-half trillion dollars. This year the United States has a tax short-fall of one trillion dollars, that is added to the National Debt.

There is no tax law that allows for the write-off of the canceled debt.
On December 2nd, 2019, the DOJ will file, in U.S. Court of Federal Claims, Meidinger v. United States, the reason why the IRS has the authority not to enforce the tax laws.