Kaminski Auctions is pleased to announce its’ Annual New Year’s Auction that features an extensive Japanese and Chinese collection from The Keenan Estate of Miami Lakes, Florida. The auction will take place Saturday, Sunday, and Monday December 28th and 29th, and 30th at the Kaminski Auction Gallery at 117 Elliott Street, Rt. 62, Beverly, Massachusetts. 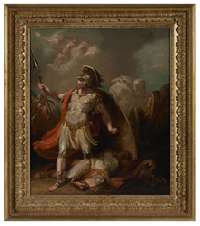 Kaminski Auctions is pleased to announce its’ Annual New Year’s Auction that features an extensive Japanese and Chinese collection from The Keenan Estate of Miami Lakes, Florida. The auction will take place Saturday, Sunday, and Monday December 28th and 29th, and 30th at the Kaminski Auction Gallery at 117 Elliott Street, Rt. 62, Beverly, Massachusetts.

The collection includes beautiful Meiji period Japanese furniture, including the feature lot, which is a late 19th-century Meiji period curio cabinet, with quality mother-of-pearl and bone inlay, extensive gold lacquer, and fretwork. Thought to be created for a Japanese emperor, the cabinet is adorned with various genre scenes, floral panels and detailed carving and inlay throughout the piece.

Other furniture of interest includes a 19th-century Italian pietra dura decorative stone inlaid table with a carved giltwood pedestal base, as well as other pietra dura tables and plaques.

There are also two Webb cameo glass blue and white vases from the Keenan collection and a large selection of Herend china in the 'Chinese Bouquet' pattern including a covered tureen, platters, dinner, and coffee service.

Fine art in the sale features a 30-inch by 25-inch oil on canvas by the prominent 18-century, American born British artist Benjamin West (1738-1820.) The painting bears an old handwritten label verso “Achilles Standing Over the Body of Hector”, “Siege of Troy” and comes from the collection of a well-known Zurich art dealer, Max G. Bollag (1913-2005.). It is in a late 18th-century Carlo Marratta period frame. Images from a several books in the collection of the Morgan Library in New York City show Achilles in a similar pose as in the painting. These books were purchased by the Morgan Library from a direct descendant of Benjamin West.

Russian art in the sale features a Mediterranean terrace view by Georgii Aleksandrovich Lapchin, and a painting by another notable Russian artist, Constantin Alexandrovitch Westchiloff.

World War I and militaria collectors will take note of a small 18-carat gold Blue Max P.L.M. button that was previously owned by the German General Hans Klein. General Klein was a WWI aerial fighter pilot credited with 22 aerial victories. Included in the lot with the pin is a copy of "Pour Le Merite Flieger” by Walter Juerl inscribed ‘Klein.’ There is also assorted German firearms and Colt pistols.

A mid to late 18th-century German cello by the Klotz family of Mittenwald in the Tyrol, is in playable condition and comes with a hard-shell case. It is estimated to bring between ,000-,000.

Three life-size bronze sculptures from a Malibu, California estate include one of a gymnast, a statue of Mercury signed Boshetti, and one of Saint Michael slaying the dragon.

Offerings continue with a vast array of Persian and oriental rugs, porcelain, and furniture. Preview hours are Monday, Tuesday, Thursday, Friday, December 23, 24, 26, 27, 10:00 AM 5:00 PM. Preview begins at 8:00 AM on the days of the auction, and the preview is open while the sale is live. For more information, go to http://www.kaminskiauctions.com and sign up to bid with KaminskiLIVE.