Also, recently wrapped a role on the upcoming second season of the YouTube original series, Liza On Demand. 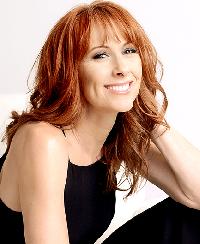 LOS ANGELES – Actress Wendy Braun reprises her recurring role as the uptight, but well-intentioned ‘Kathy’ in the all-new Season 3 of the celebrated Netflix original series, Atypical. The role has earned Braun Emmy® For Your Consideration status for ‘Outstanding Guest Actress in A Comedy Series’ with the Academy of Television Arts & Sciences for her work in Season 2.

Created by Robia Rashid, this coming-of-age comedy follows Sam (Keir Gilchrist), an 18-year old on the autistic spectrum who is looking for love and independence. Introduced during the first season, Kathy (Braun) is the leader of the autism parent support group and friend to Sam’s mom, Elsa (Jennifer Jason Leigh). Throughout the second season, Kathy uses her pushy but polite ways to get “something for something” when Elsa needs to find Sam a good therapist. The 10-episode Season 3 is currently shooting and the premiere date has not been announced.

Braun has been receiving raves for her work on the show, including TV.com touting “A standout among the recurring cast is Wendy Braun.”

“I’m grateful to be part of a show that celebrates inclusion and acceptance, proves that being normal is overrated, and continues the conversation to help break any stigma around autism. It’s so much fun to continually play a character who tries so hard to keep it all together, while things around her are falling apart,” shares Braun. Braun recently wrapped a role on the upcoming second season of the YouTube original series, Liza On Demand. She was offered the role by creators Debon ah Kaplan and Harry Elfond, after working on their previous MTV comedy series, Mary + Jane.

Coming soon, Braun stars in the indie comedy feature, Donny’s Party, as the put-together, self-absorbed matriarch of a highly dysfunctional family. Braun also emerges in a pivotal role in Vital Signs, a semi-autobiographical show created and starring Dr. Dre about his road from rapper to business mogul.

Audiences have been recognizing Braun for years from her standout performances in film and television. She appeared with Ed Helms and Tracy Morgan in the indie comedy film, The Clapper; faced-off with Ellen Pompeo on ABC’s long-standing hit drama Grey’s Anatomy; took on Danny DeVito on It’s Always Sunny in Philadelphia; and earned laughs with Fred Armisen in IFC’s hit, Documentary Now!

Braun has racked up over 90 film, TV and theater credits, including guest-starring roles on hit shows like The Mentalist, Bones, Criminal Minds, Castle and Navy NCIS; and recurring roles on iCarly and General Hospital, which lead to a contract role in the spin-off, General Hospital: Night Shift. Braun has more than 1000 voice-over credits, including the sexy, snarky undercover agent, Gianna Parasini in the hugely popular video game series, Mass Effect; and alongside SNL alum Bobby Moynihan in Cartoon Network’s animated comedy series, We Bare Bears.

Watch Wendy Braun in ‘Atypical’ For Your Emmy® Consideration: wendybraun.com/fyc