Shammi Rana awarded with USA Martial Arts Hall of Fame award at Los Angles, the USA for his outstanding achievement in Sports 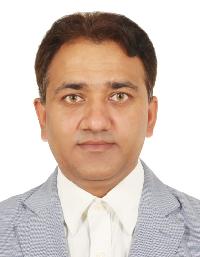 Mr. Rana, through his work as a Public Relations Expert & Promoter of Martial Arts Organizations, has more than 20 years of promoting experience at the top levels of professional sports activity.  Through sports diplomacy, he has worked with state dignitaries around the world to promote political, social and diplomatic relations at the highest levels of government.  His work is so revered that in 2017, the United Nations Educational, Scientific, and Cultural Organization appointed him Rapporteur of the UNESCO Traditional Sports and Games Ad Hoc Advisory Committee to promote the 2017 Traditional Sports and Games, UNESCO (TSG).In a bid to help this issue, UNESCO Traditional Sports and Games (TSG) Rapporteur, Shammi Rana, does a huge amount of work to promote the UNESCO Mandate on TSG. Shammi, also the Secretary-General of the Asian Belt Wrestling Federation, spends a lot of time speaking with Governments from across the globe to promote TSG.

His unique role as an internationally respected Public Relations Expert / Promoter of Martial Arts Organizations stems from his experience as a recognized professional athlete (he has held membership in over 10 martial arts organizations throughout Asia) with over two decades of work as a promoter of sports, sports organizations, and sports diplomacy.

Mr. Rana, who also serves on internationally governing associations, such as his role as Vice President of International Association of Traditional Wrestling Sports, Mr. Rana has promoted the Korean martial arts, Taekwondo in his home state of Punjab, India