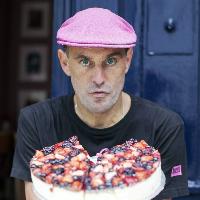 With the World Cup just around the corner, Archie Marvellous & Mark Jones have released ‘England’s in My Heart’ on legendary London record label, Wall of Sound and it contains all of the ingredients for a catchy, modern day football anthem.

This single, by the ‘mythical’ Archie Marvellous and music industry legend, Mark Jones, features one of the leading performers in the northern English music scene, Scott Cavagan and high profile female producer, Aubrey Whitfield. After several years of success with multiple chart hits and songs on TV and radio, Archie has decided to take on ‘mission impossible’ and write a football anthem to rival The Lightning Seeds’ classic track, ‘Three Lions’.

‘England’s in My Heart’ is set to lift the spirits of a new generation, twenty-two years after ‘Three Lions’ took to the airwaves. With an immensely catchy chorus, a ‘jump up and down’ stadium rock beat and timeless crossover appeal, the track is sure to be the go-to anthem for this year’s World Cup in Russia.